Hong Kong-based ASX crypto reject turned $US5.8 billion ($7.9 billion) unicorn, Animoca Brands, has acquired a 67 per cent stake in Perth-based digital services agency Be Media. It is the third local deal the company has made since its exit from the local exchange, having previously bought up majority positions in gaming studios Grease Monkey Games and Blowfish Studios.

Be Media founder and CEO Jordan Fogarty has retained a 33 per cent stake in the business. 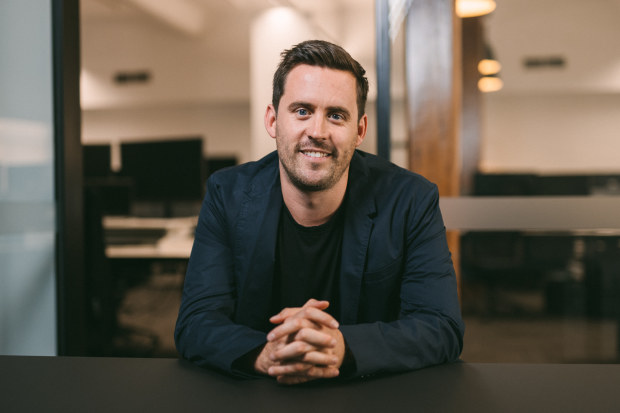 Led by co-founder and executive chairman Yat Siu, Animoca Brands has invested in more than 150 companies in the non-fungible token (NFT) space and decentralised projects, on top of its core business in developing blockchain-based and traditional games. The remaining chunk of Be Media will be retained by founder and CEO Jordan Fogarty. The agency started in 2013 in digital marketing, before switching focus two years later to mobile and social projects.

The majority investment from Animoca signals its third shift, this time into web3. Its business will span across three areas – working with brands on their strategies, leveraging Animoca Brands’ gaming intellectual property and developing new decentralised services.

“It’s been exciting watching the team wanting to upskill and develop, across coding and engineering, design and even the old school practice of project management and planning, which is just as important if not more so because this space is so new,” Mr Fogarty said.

The demand is insane. So many brands out there are saying they need to do something in web3, but how, and there’s not many service providers with the skills and experience because it’s so new. At the corporate level I’d be surprised if there aren’t many companies thinking of a strategy in this space.”

Animoca Brands was booted from the ASX in March 2020 for swapping stock for crypto tokens, at a time when its market capitalisation was only $120 million.In January, less than two years later, the company secured a $US5.8 billion  after raising $US358.9 million. It was the latest in a long string of investment rounds, but Mr. Siu said the company does not actually need the money. “A lot of our investment rounds are more about developing strategic partnerships to further our vision,” he told The Australian Financial Review. The company’s largest shareholders are New York-based venture capital fund Liberty City Ventures and Mr Siu. Other backers include Ubisoft Entertainment, Sequoia Capital, Winklevoss capital, Soros Fund Management, the family office of Alibaba’s Jack Ma and Samsung Ventures. 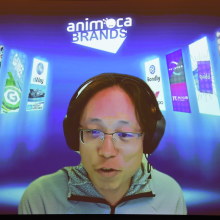 Animoca’s investments, which include the likes of Dapper Labs and its user-friendly blockchain Flow, metaverse game The Sandbox and Sydney-based crypto platform Immutable (which aims to be the global back-end for the NFT trade), are centred on helping build the elements of the metaverse, including decentralised platforms and digital property rights like.

The metaverse is a network of 3D worlds and virtual simulations, in which people can interact digitally in real-time and in which they can own assets.

It’s at the intersection of web3 (a new era of the internet based on decentralisation of control and the blockchain), gaming, mixed reality and blockchain. In this new chapter of the internet, Mr Yiu said companies such as Facebook and Google would still exist, but they would be very different to how they are today. “All companies will need to evolve to cater to the next era of the Internet, and I think that companies that stubbornly hang on to the centralised approach will struggle to form modern identities and relationships with users,” he said. “The future is not just about decentralisation, but also – by extension – about digital property rights: rights over your digital assets, your creations, your time, your identity, and even (and especially) your personal data. “This future makes things particularly difficult for companies whose business model is based on owning and monetising the identity of its users. ”While Animoca is valued at $US5.8 billion, its reserve of digital assets belonging to Animoca as well as its ecosystems such as Revv, Sand, Tower, and Gmee are worth about $13 billion at current prices. As of November, Mr Siu said the company also had more than $US600 million in liquid digital assets in the form of Bitcoin, Ethereum, USDC as well as coins such as AXS, Flow and more. Mr Siu said he did not look to control the companies in its stable, instead letting the founders run their businesses. The company, he said, also has the dry powder to compete with the big-name investors. “If we wished to, we do have the capital resources to compete with big players like Andreessen Horowitz, which we have a lot of respect for, but the fact is that we invest very early and don’t need to join the journey later like most venture capital firms,” he said. Unconcerned about the downturn in NFT prices and trading volumes since September last year, Mr Siu was confident the demand for these assets would grow over the long term.

“Think of the NFT space as somewhat similar to China 30 years ago. You may not have understood the opportunity in detail, but you could see growth factors in China justifying investment, such as population growth and industry growth,” he said. “The metaverse is a similar opportunity where we are still in the early days, but the potential is already evident. But, of course, investors need to be very vigilant in the short term.”